for those currently serving, veterans and spouses.

WHEN: 11:00 am to 12:00 pm on Sat. April 9th
WHERE: Dulles Expo Centre
WHO: For those who are currently serving veterans and spouses

After the panel discussion, you are invited to visit The Franchise Expo to talk face-to-face with companies that are looking for franchisees, dealers & distributors.

Can’t Make the Session? Find the business that’s right for you!
Use your military I.D. for FREE admission to the show.

** Times and topics are subject to change

Col Brian D. Anderson, USAF (Ret), holds a Bachelor of Arts from Bowling Green State University, Ohio, and a Master of Arts in public administration from the University of Colorado at Colorado Springs, Colo. He served 26 years in the U.S. Air Force, where he served in a wide range of command and staff assignments including tours at U.S. Central Command, MacDill AFB, Fla., and the North Atlantic Treaty Organization in Brussels, Belgium.

Col Anderson retired in November 2010 following his last assignment as the mission support group commander at Bolling AFB, D.C., where he led a multi-disciplinary 1,500 person group in the operations and administration of the base to support over 40,000 Air Force personnel and family members in the National Capital Region. Col Anderson compiled over 4,000 flying hours in various aircraft and was awarded an Air Medal and Combat Action Medal as a B-52 aircraft commander during Operation Enduring Freedom.

MSgt John J. Flatley Jr served in the U.S. Air Force for 21 years in heavy lift aircraft maintenance. He retired at the end of 2001 from the selectively manned 89 Air Wing at Andrews AFB supporting the executive "Blue and White" fleet.

John has been a Chick-fil-A franchise owner/operator for eighteen years. His passions are, leading/developing others to their full potential and providing first in class hospitality. His restaurant's vision statement mirrors his own, "To enhance the lives of all those around us through Craveable food and Remarkable service".

After serving our country in the United States Air Force for 21 years, John began seeking a second career where he could put to use the skills he learned and developed as an NCO to lead and mentor young people to success both personally and professionally. While he was seeking opportunities in Youth ministry, a friend encouraged John to consider a career with Chick-fil-A.

After a rigorous interview and selection process, Flatley was selected as the franchise owner/operator of the St Charles Towne Center Mall location in Waldorf, MD and began his second career there in October 2003.

With a 73% sales increase over five years under his belt and looking for greater challenges, John sold the mall franchise back to Chick-fil-A in 2009 and purchased his current free standing location in La Plata, MD. In the past 13 years he has led his team averaging over 100 employees to numerous sales and profit awards with a track record of over $150,000 in college scholarships earned. His former employees have diverse careers from military service, biomechanical engineering, acting and producing movies, various trades to proud moms and dads caring for their children full time.

John has spent the past twelve plus years employing the leadership principles he has learned throughout his life, from Boy Scouts, to the Air Force and his church involvement. He continues his personal growth as a student of leadership and entrepreneurship through books, conferences and daily practice. It is his life mission to serve others and to grow leaders. It has been said, "Find a job you love and you will never work another day in your life." John says, "Find a mission in life that drives you and the work invested will pay big rewards!" John has found his mission; growing future leaders in his restaurant.

Upon leaving active duty, Phil held senior management positions with national advertising agencies; W.B. Doner, DDB Needham Worldwide, Ketchum, and Salter and Associates. He was responsible for developing and implementing marketing strategies and plans that accomplished the goals of his clients which features work for the National Guard Bureau (recruiting and retention programs for the Air and Army National Guard), Cellular One, Bell Atlantic and defense contractors including Boeing Vertol, and several franchise companies.

During his franchise career Phil confirmed his doubts that while veterans had the potential to become quality franchisees there were no programs that specifically educated them on available opportunities. Most veterans did not know that entrepreneur opportunities were accessible. Phil developed a franchise recruitment program and presented the concept to military installations in Maryland, Virginia, and Washington DC. The first seminars were conducted at Andrews AFB. He discussed the concept of franchise seminars with a long-time colleague and best friend, Tim Labus. Together they developed a formal business plan for a non-profit 501 (c) (3) organization which became Veterans’ Transition Forum (VTF). VTF educates veterans and transitioning service members on the benefits of franchising as their next career opportunity. Additional mentors, who are veterans themselves and experienced having worked in the franchise industry and/or successfully operated a franchise business have been added to the staff. Today, VTF’s mentors guide veterans through the entire acquisition process including financing a business.

Ms. Shelton has been counseling Franchise / Business Opp. clients for over 30 years. She especially enjoys working with small business owners assisting them to "Expand their Brand®". Since starting the law firm, she has been focused on providing the “Missing Piece” with legal services to small and emerging businesses. Her business savviness combined with her belief in mentorship is the backbone of the law firms slogan, “Your Outsourced In-house Counsel”. Ms. Shelton focuses on ensuring clients are offered individualized service while handling Franchise Disclosures, registrations, legal creation and vendor distributions within a clients business.

Ms. Shelton has published many articles and has even written a book. She has been married for 32 years now to her husband Steve who is a retired Army Colonel, her son also served in the Army, and she personally did active duty with the Navy performing hundreds of hours of safety patrols on Boulder Dam at Lake Mead after 9/11 and assisted in setting up a new flotilla for the U.S. Coast Guard, which she was a charter member under Homeland Security.

Rick is a 1970 graduate of the U.S. Naval Academy and the Naval Postgraduate School and served over 20 years as a Navy pilot. He founded and operated successful companies in engineering and technical services, international business development, and the restaurant, hospitality, and entertainment industries. Rick is the owner of the Express Employment Professionals franchise in Annapolis, MD. 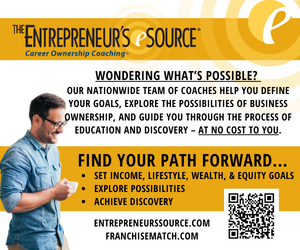 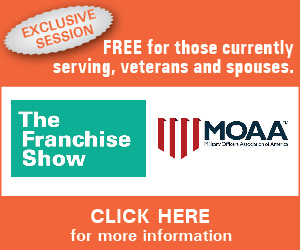 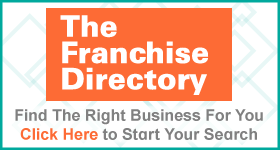